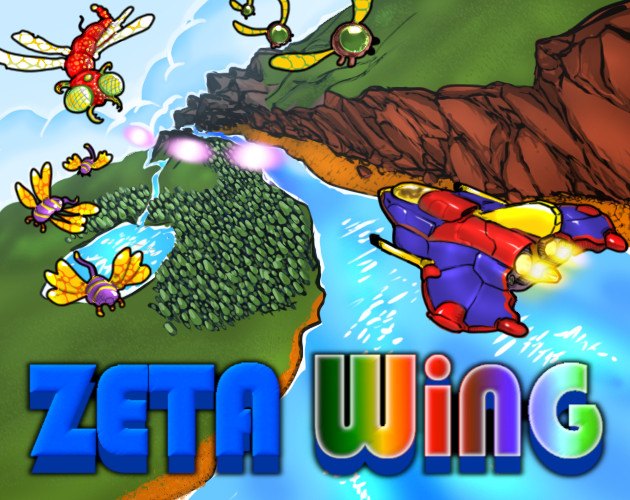 Zeta Wing is a fun vertical shoot-em-up for the Commodore 64, inspired by the arcade game Gemini Wing.

Strange mutant creatures have appeared across the surface of planet Earth!

Earth needs a hero to stop them... one like you!

So strap into your fighter and blast off to end this infestation for good!

Joystick in port 2, or Keyboard:

All programming, graphics, and sound by Sarah Jane Avory.

OST is available on You Tube:

SALES TAX or VAT will be added to your order at checkout.

In order to download this game you must purchase it at or above the minimum price of $3.99 USD. You will get access to the following files:

Hey Sarah, what are your plans for your new game? Are you going to put it on here eventually?

The graphics are nice, but get muddy in later levels, and enemies are hard to spot. The enemy movements are enjoyable and challenging, but become unfair in level 4.

The weapon upgrade system is pointless, since every weapon seems to have the same fire power.

The scoring system is useless. Harder enemies don't get you more points than easy enemies. The further you progress the less points you collect, which is the opposite of what it should be.

Level 4 introduces obstacles on screen you can't touch, but still uses copies of the same enemy formations as before, and the 2 aren't compatible. It's sometimes simply impossible to shoot all the enemies in time to stop them from firing. Even if you have upgraded weapons, they can't shoot "through" enemy formations to get rid of more than one per shot, so the upgraded weapons seem pointless, since every enemy still needs exactly one shot. So it happens way too often that you have no room to manoeuvre and loads of bullets flying towards you, while your own bullets don't even seem to make a dent.

The obstacles in the level design in level 4 will absorb both "bullets" your ship shoots simultaneously, even if just one of them has the obstacle in the way, so it becomes even harder to find corners to get rid of stationary enemies.

All in all I do like motivational challenges, but sloppy level design, and a game engine not fit for the levels create challenges that don't motivate but annoy.

Hey, just wanted to post to say - I played a LOT of games like this back on the C64 when it was contemporary (and other platforms too) and this looks absolutely wonderful. Definitely seems to stand shoulder-to-shoulder with the best I can recall on the platform.

It looks and plays very well. Lovely! I only need to get.. better. :)

1) Did you consider upping health on the enemies to make them scale with the power up?

2) Why is the dual bullet power up so late? And why is it not spreading more and more as it powers up?

3) Do you really need to punish the player with power down on death?

It would be really cool if you could add settings where we can play with these settings and tune them to balance the game to our ability?

Edit: what are the probability of open-sourcing the game after some time? I'm having issues with the collision detection (understandable if you use the hardware collision as it was not intended to use multiplexing) but I would really like to give it a shot!

Dear Sarah Jane, I have already purchased this game. Wonderful! A very addictive game! I also very much appreciated Neutron and Santron and I hope that in the future you can give us many other beautiful masterpieces of this type. See you soon.

I had to race out and buy this game after listening to the review by "Sprite Castle". Great game very talented game dev.

I have already purchased this game.  Do I have to purchase again for the Ocean CRT download?

No, you should be able to download it without purchasing again.

This is a great game. Maybe the best shoot em up for C64. Very good work Sarah! Graphics is great, movement smoth, sound effects and music is good. Co-up 2-player mode is the only thing I can think of that would improve the game at the moment.

Amazing game, love it to bits! Another winner!

What about te PAUSE function ?

thanks for 1.1, wanted to save my scores

Reply
The Highlander66 days ago(+1)

No problem. I managed to grab an extra 256 bytes of memory back, so had enough space to add the feature. It's perhaps a bit basic, but it works.

Reply
The Highlander66 days ago(+1)

no hassle is probably best :)

Thanks for the Cart version! Will use it in my EasyFlash3 :)

Unfortunately Commodore Game System cartridge layout is not compatible with EasyFlash3... I've spent some time figuring out how to convert between formats and it seems there's no straightforward way to do so without recoding some bits.

Oh, okay. I'll see if I can make a version that'll run on EasyFlash3. Shouldn't be hard.

Ocean format cartridge image just added, one that should work with EasyFlash3.

I've just flashed the EF3 with new image, game started up immediately and everything works as expected so far. Thanks for quick response!

Off... to shoot all those nasty monster bugs up :D

Hi...will there be a physical edition? Thanks

Very likely, but first I need to get Soul Force and Briley Witch Chronicles finished.

oh I do hope so...that's awesome thanks for the reply. Can't wait to play it. Hope to do a youtube video if that's ok for my channel.

there a tape file version available? I plan to load the game on a original 64 using my phone to load it as audio.?

What a fantastic achievement! Great job!

Great achievement for a single person. This is a real fun shmup! I got that it's inspired by Gemini Wing, but stage 4 looks very much like stage 3 of MUSHA (Aleste). Awesome!
High-Score saver is much appreciated, thanks for the update! Only the pause function is still missing, like in Neutron as well. Would be cool to have that too. Anyway, very cool game this is!

Oh, I forgot about pause! I'll add that to the next update.

Good fun. Starts quite easy, but will provide a real challenge from level 2 on. It's a proper shoot-em-up, also for the standards of today. Great music too.

Hi Sarah. A big ask, but I was wondering if you would consider releasing an official version with a disk high-score saver? Thanks again for the amazing game!

I'm looking at adding high-score table save for a v1.1...

Great game that's fun to play. Only nitpick is that it doesn't save your high scores in the hall of heroes, and it goes back to the stock high scores.

I'm looking at adding high-score table save for a v1.1...

What a fantastic game, even better than Neutron! This shoot 'em up looks, sounds and plays perfect. A very slick and complete package.

And about this scrolling, i have a question to Sarah Jane Avory, maybe she can give a short reply.

Is there a chance, that your game Neutron gets an updated version (would be V1.4 then, if i remember correctly), in which the user can turn off this little jerkiness of the battleships, over which the player flies? There is a strange jerking in some objects in the background, when the user moves his own ship left or right. This is the only thing, which i don't like in Neutron, the rest of the game is very good and having a feature, to turn this jerking-thing On or Off, would be really great.

A short reply would be nice. Best regards and congratulations on Zeta Wing.

It works perfectly on the Ultimate64, and it's actually an awesome game !

@SarahJaneAvory  Since the game reminds me to Amiga's  Bomber Bob (italian Idea! software house) why don't you create a C64 version ? that would be my Christmas wish :P

I'm a member of the Protovision group.

Very fun game! Could you maybe create a disklabel that I can print on my Dymo LabelWriter? I wrote the image to an actual floppy :)

Reply
The Highlander69 days ago(+1)

Played it only once (yet) and absolutely love it. It plays very well, looks and sounds great. Well done!

Great stuff, Sarah. This is fantastic! Thanks for the massive effort of putting this together. A physical edition would be great (Zeta Wing/Neutron double cart!).

Fantastic game, Sarah! As fun as Neutron and even more beautiful. I will be doing a review on it this weekend.

I have no plans right now, but the question has been several times, so who knows? 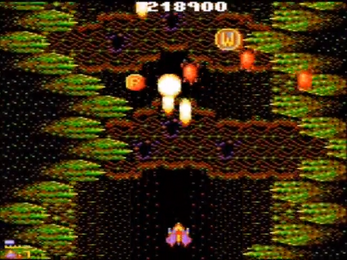 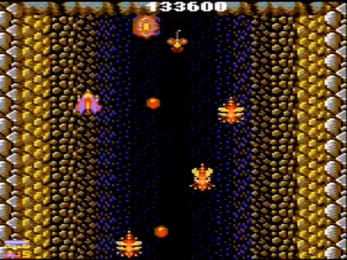 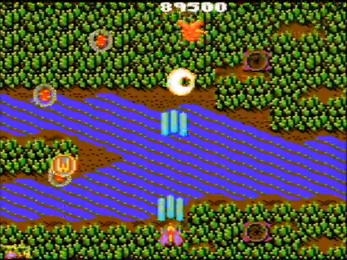 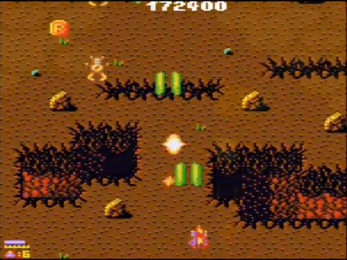